A Federal High Court in Lagos has fixed December 7, 2016 to hear the N200m fundamental rights enforcement suit filed by wife of ex-President Goodluck Jonathan, Patience, against the Economic and Financial Crimes Commission and Skye Bank Plc to challenge the freezing of four bank accounts containing $15m. 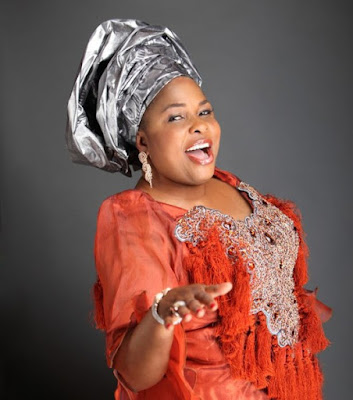 The EFCC placed a ‘No Debit Order’ on the four accounts opened in the name of four companies which were linked to a former Special Adviser on Domestic Affairs to ex-President Jonathan, Waripamo-Owei Dudafa.

The EFCC froze the four bank accounts on July 7, 2016 in the course of investigating Dudafa for money laundering.

But Patience had sued the EFCC and Skye Bank claiming the ownership of the $15m found in the four bank accounts.

The matter came up for the first time before Justice Babs Kuewumi on Wednesday.

At the hearing, Patience’s lawyer, Mr. Granville Abibo (SAN), applied to discontinue the earlier motion filed by his client for the purpose of amending it.

Justice Kuewumi granted the application and struck out the motion.

Abibo then informed the court that he had filed and served a new motion on the defendants.

But the EFCC lawyer, Rotimi Oyedepo, said the suit was not ripe for hearing.

Abibo then urged the court to restrain the EFCC from tampering with the $15m in the frozen accounts pending the determination of the suit.

He said despite being served with court processes, the EFCC was still making moves that could overreach the court.

But Oyedepo urged the court to discountenance Abibo’s submission, saying that the accounts had long been frozen before Patience filed the suit and so the issue of interference with the accounts did not arise.

After listening to the parties, Justice Kuewumi adjourned till December 7, 2016 for the hearing of the case.

Patience is urging the court to compel the EFCC to immediately remove the ‘No Debit Order’ placed on the four bank accounts in question.

She also wants the court to order Skye Bank to pay her damages in the sum of N200m for what she termed a violation of  her right to own personal property under Section 44 of the 1999 Constitution.

Filed in support of the suit was an affidavit deposed to by one Sammie Somiari.

Somiari said it was Dudafa who helped Patience to open the four bank accounts which the EFCC froze.

According to him, Dudafa had on March 22, 2010 brought two Skye Bank officers, Demola Bolodeoku and Dipo Oshodi, to meet Patience at home to open five accounts.

He, however, claimed that after the five accounts were opened, Patience later discovered that Dudafa opened only one of the accounts in her name while the other four were opened in the names of companies belonging to Dudafa.

Welcome to a new week of Comedy with SIRBALO and Ben Cash. They titled this one BRIDE PRICE - MAMA AND PAPA ( EPISODE 15 ). watch and enjoy... SirBalo ...

Anuel AA Somo o No Somos Anuel AA brings us this hot astonishing new song titled “Somo o No Somos” and we uploaded it here for your free streaming and ...

Free Hollywood Movies titled VIENA AND THE FANTOMES Trailer (2020) Dakota Fanning Movie HD, brought to you by Wapbaze and uploaded by JoBlo Movie Trailers watch and download for free ...