Saudi Arabia Executes One Of Its Own Young Princes


Saudi Arabia has executed one of its own young princes for the first time in 40 years, sending what analysts described as a “strong message” to younger royals that they are not above the law. 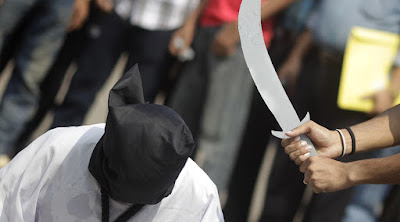 Prince Turki bin Saud bin Turki bin Saud al-Kabeer was beheaded on Tuesday afternoon for murder after he shot another young man during a brawl at a desert camp in 2012. His death sentence was confirmed by a royal decree issued by King Salman himself, who is a distant cousin of the executed man.

While criminal acts committed by Saudi royals are sometimes censored, the execution of Prince Turki was widely reported through the state media.

The interior ministry released a statement saying the royal death was proof of the government’s commitment to “implement the rules of Allah everywhere and against anyone who kills civilians and commits bloodshed”.

The prince, who was in his twenties, was one of an estimated 6,000 Saudi royals. He hailed from the al-Kabeer branch of the family, which is not directly in line to throne but nonetheless holds a prominent position with Saudi Arabia’s complex constellation of royalty.

Prince Turki was arrested after killing Abdul Karim Mohaimeed in December 2012, according to Saudi media reports. Another man was injured in the shooting.

The two young men were involved in a fight at a desert camp where many young Saudis go to drive their cars and get away from their parents.

According to one report, the prince became enraged after an argument and went to his Lexus and returned with a Glock pistol. He killed Mr Mohaimeed and injured another man.

The execution came a few weeks after King Salman gave a high-profile address in which he declared that no member of the royal family, including himself, was immune from prosecution or lawsuits in the civil courts.