Munich is in lockdown tonight as at least six people have been killed and 10 injured in a shooting rampage involving three gunmen. 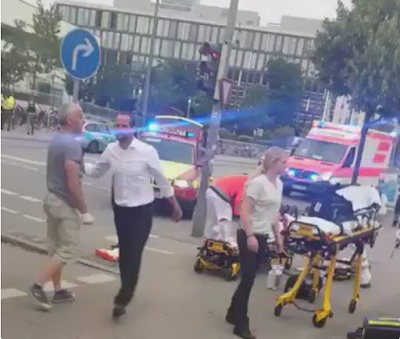 A major police operation is ongoing around the city's Olympic Park, with the force warning people to stay in their homes and avoid public spaces as they admitted they don't know where the gunmen are. Terrified shoppers were seen running for their lives from the Munich Olympia Shopping Centre, in the district of Moosach, after hearing gunshots. Witnesses said that the gunman screamed 'I'm German' and 'f*** foreigners' before shooting.

A video purporting to show the shooter, dressed in black, firing 20 shots has been posted on Twitter. The footage shows him outside a McDonald's directly outside the shopping centre.In unverified footage, a man with dark hair, wearing a black t-shirt and denim trousers, appears to take aim at people outside a McDonald's restaurant near the Olympia-Einkaufszentrum metro station.He raises his arms, apparently holding a shotgun, and appears to fire at people outside the restaurant, who can be seen running for cover.The sound of multiple shots being fired can be heard as shoppers and passers-by run for cover. People were seen fleeing from the building in another video posted on social media.
The area around the Munich Olympia Shopping Centre, in the district of Moosach, has been sealed off as emergency services try to control the situation. Snipers in helicopters are circling the city from above, according to Bild. An electrical shop next to the shopping centre is being used as a makeshift hospital to treat the casualties. Off-duty doctors and nurses have been summoned to hospitals in Munich, with a hospital spokesperson telling DPA: 'The alarm for a 'mass attack' has been triggered.'Police have confirmed that there at least six deaths as a result of the incident and German media have reported there may be up to 15 killed.
Tonight, Munich police tweeted: 'We currently do not know where to find the perpetrators. Watch yourself and avoid to be the public'. A second shooting has taken place near Marienplatz subway station, which is just four miles from the Olympic Park area. Despite reports on social media, Munich Fire Department said it was not aware of a separate shooting at the city's Stachus central square Munich Police said in a statement: 'At around 5.50pm (local time) today there were witnesses who called the police and said there was a shooting at the Hanauer Street.'The shooting moved from that street to the shopping centre. The witnesses said there were three different people with weapons. 'At the moment no culprit has been arrested. The search is taking place at high speed.'
More photos below... 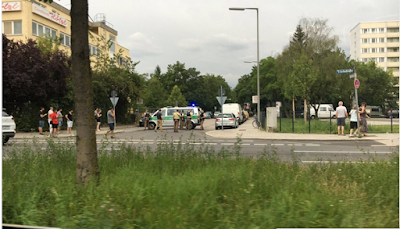 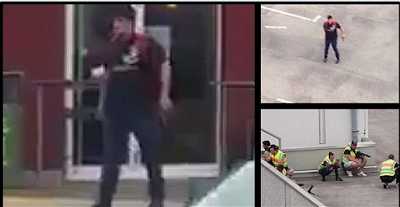 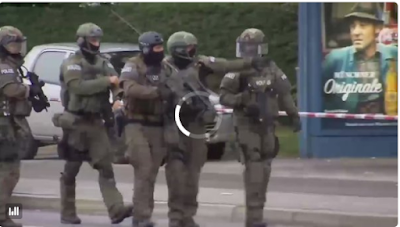 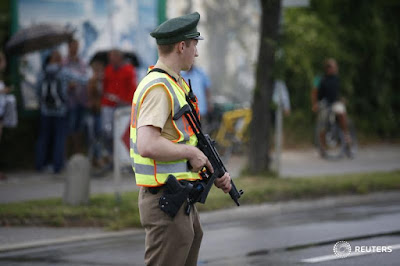 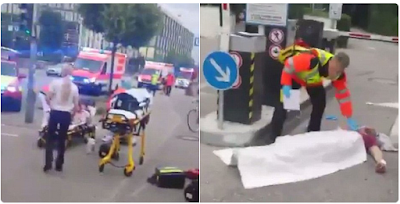 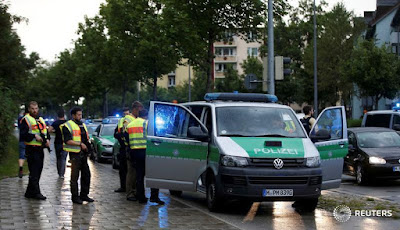 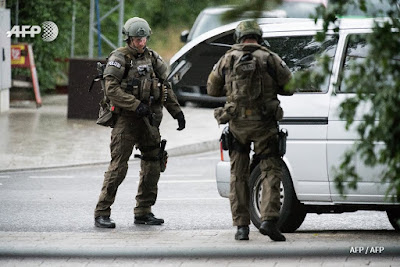