It was cool - Klopp satisfied with Liverpool debut. 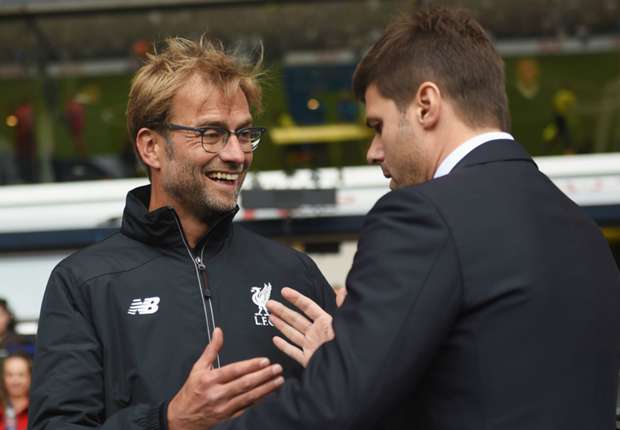 The Reds played out a 0-0 draw with Tottenham at White Hart Lane in the former Borussia Dortmund manager's first game in charge and he was content with his startNew Liverpoolmanager Jurgen Kloppdeclared himself happy with his debut after watching his side play out a 0-0 draw with Tottenhamat White Hart Lane.
The Reds earned a point in an end-to-end game at White Hart Lane, though they struggled to truly test Hugo Lloris in the Spurs goal throughout, with Divock Origi's effort that hit the crossbar the closest they came to a winning goal.
Klopp was serenaded by the away fans prior to the game, with supporters carrying banners and flags in support of their new manager, and he admitted that he was touched by the support.
"It was cool, I like this. I don't want to talk about me but first game in the Premier League, coming to White Hart Lane, not the worst place in the world, but it was cool," he told reporters.
"When we have the whistle, it's good, before I tried to look at things I've never seen before. It's a stadium, I've been in other stadiums! We're in, now we can work."
Klopp also hinted that his work as Liverpool manager begins now, having seen his debut delayed by the recent international break, though he admitted that his side's performance could have been better, had they been less "hectic" on the ball.
"I'm satisfied with the start, this is not the worst sign because I did not have the biggest expectations, we have only three days, Tottenham are very, very strong and have a good team," he added. "It was difficult so I'm satisfied. The start was brilliant, we got on the second ball, good timing, Phil (Coutinho) and Adam (Lallana), perfect, in behind, good positions for them.
"The problem of the game, when we had the ball we were not cool enough. We didn't use our skills. We were too hectic, maybe, I'm not sure! Something like this! We didn't see the right option but it's normal, you get the ball, shoot open your view, and play to the side because Tottenham are defending.
"We didn't use these situations but we had our moments, Origi hit the post, some other situations when we could have been better. After three days it was brilliant. Now we have our own game, our experience together and we can go on working."
When asked about recent injury problems suffered by Daniel Sturridge and Danny Ings, Klopp praised the impact of Origi, who deputised in the absence of the duo, and revealed that he attempted to sign the forward when he was manager of Borussia Dortmund.

"I wanted to take him to Dortmund when Liverpool bought him," he added. "He went on loan to Lille, he's a very good player, very young, a good technician, in this moment not full of experience in the game because he didn't play so often but we will have fun with this player.

"We were in a battle with Liverpool for him!"
Klopp revealed that Sturridge may return for next week's clash with Rubin Kazan in the Europa League, having only suffered a "little bit of swelling" to his knee after a clash in training with Jordon Ibe.