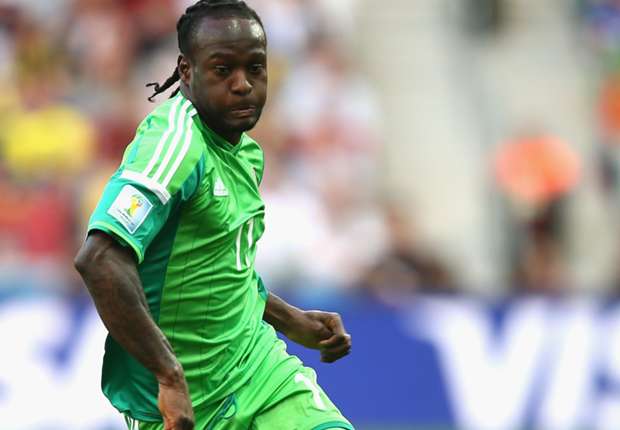 The West Ham United winger will play no part in the Super Eagles' international games against the Leopards and Indomitable Lions in Belgium.

Victor Moses has opted out of Nigeriaâ€™s international games against DR Congo and Cameroon, the Nigeria Football Federation has confirmed.

In a letter to the countryâ€™s football ruling body, the 24-year-old player explained he took the decision as a safety move against injury.
Moses provided an assist to Carl Jenkinson, who slammed the ball home from the middle of the box as West Ham United held Sunderland to a 2-2 draw at the Stadium of Light on Saturday.

And he was replaced in the 58th minute by Nikica Jelavic.

The former Wigan player was handed a recall to the national team having been overlooked this year owing to lack of regular playing time for his English outfit.

Kasimpasa defender Kenneth Omeruo had earlier been ruled out of the matches owing to an hamstring injury and was replaced by Celticâ€™s Efe Ambrose.

The 13,000 capacity multi-purpose Stadium, Stade Charles Tondreau â€“ home of former Belgian league side R.A.E.C Mons will be the battle ground when the Super Eagles slug it out with DR Congo on October 8.