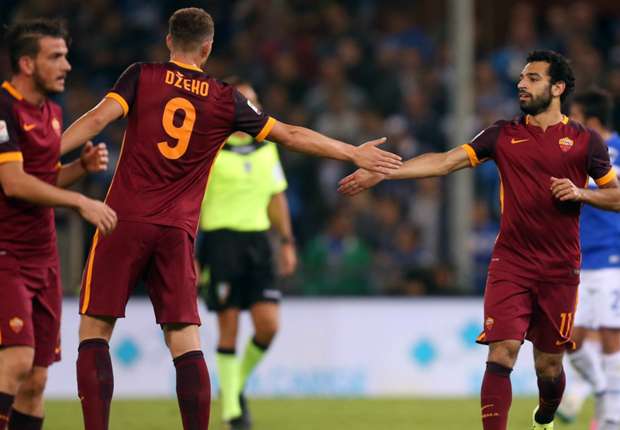 The loan recruits from Manchester City and
Chelsea have now completed full transfers,
while Iago Falque also made his deal permanent
Roma have confirmed that deals for Edin Dzeko
and Mohamed Salah have been made
permanent.

A financial statement published on Thursday
confirmed loanees Dzeko and Salah will remain
in the Italian capital beyond the 2015-16 Serie A
season.

Dzeko and Salah joined Roma on season-long
loans from Premier League duo Manchester
City and Chelsea respectively, with the Bosnian
netting the winner against reigning champions
Juventus earlier in the season.

"These players were first signed on a
temporary basis, which has been transformed
into definitive transfers after planned
contractual conditions were met," read a Roma
statement, which also revealed a permanent
deal for Genoa winger Iago Falque.

Dzeko, who is sidelined with a twisted knee,
has scored once since arriving in Rome, while
team-mate Salah has bagged three goals,
leaving the captial club sixth in the table, four
points off Serie A leaders Fiorentina.