Dzeko out for up to a month, confirm Roma. 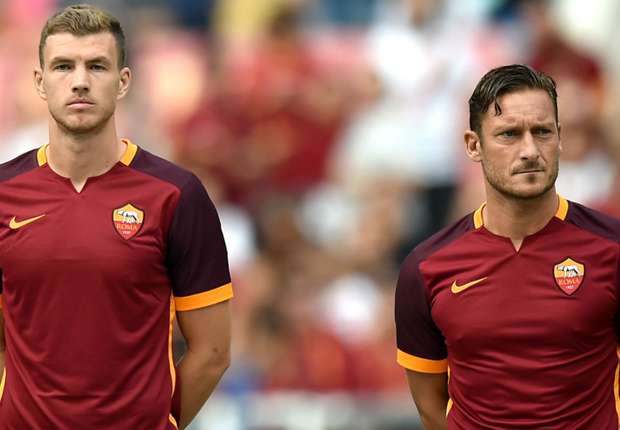 The striker, along with Francesco Totti, is set for a spell on the sidelines after picking up an injury during Saturday's hammering of Carpi Roma have confirmed that Edin Dzeko will be out for between three or four weeks with a twisted knee.

The Bosian striker, who is on loan from Manchester City, picked up the injury during Saturday's 5-1 thumping of Carpi in Serie A and is now set to miss key fixtures for club and coutry.

Dzeko will miss Roma's Champions League game against BATE and their trip to Palermo, as well as the Euro 2016 qualifiers against Wales and Cyprus - but could return to face Empoli on October 17.

Roma also announced that captain Francesco Totti, who turned 39 on Sunday, and midfielder Seydou Keita will undergo further tests in the next 10 days after they both sustained thigh strains in Saturday's match.