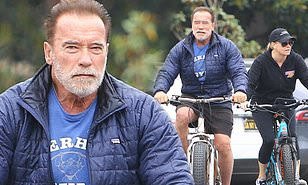 It's been his go-to routine to help keep in shape and stave off the cabin fever blues amid the coronavirus pandemic.

So Arnold Schwarzenegger, 72, hit the nearly streets of Los Angeles for a bike ride with girlfriend Heather Milligan, 45, and good friend Ralf Moeller this Mother's Day.

And the former California governor led the trio most of the way as they powered their way through his Brentwood neighborhood and beyond.

Schwarzenegger opted to not wear a protective mask, but he and the others practiced proper social distancing throughout their excursion.


Like most day, he kept it sporty in black shorts with a blue bodybuilding t-shirt that was covered up by his dark blue jacket and black slip-on sneakers. 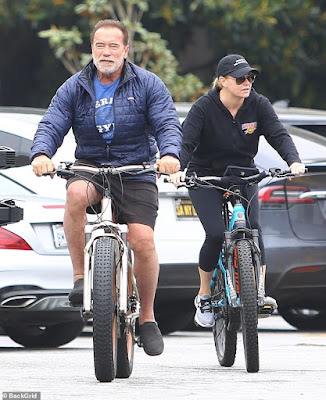 The exercise regimen began with some stretching exercises moments after he parked his SUV, and then they were on their way.

The trio had little worry about traffic due to the COVID-19 lockdown and the Mother's Day holiday.

Milligan donned an all-black ensemble that consisted of leggings, light jacket and baseball cap over her blonde tresses. 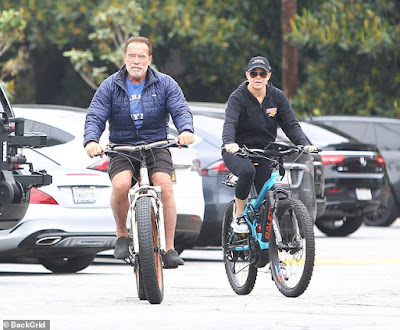 Moeller, who's a German actor and former bodybuilder, wore camouflage shorts with a blue t-shirt and red tracksuit jacket.

For the most part, the Terminator actor took the lead with his lady close to his side and Moeller trailing in the back of the pack.

The couple have been dating since 2015.

Schwarzenegger split from his wife Maria Shriver in 2011, following the revelation that he fathered a son, Joseph Baena, 22, with his family's former housekeeper Mildred Baena during their marriage. 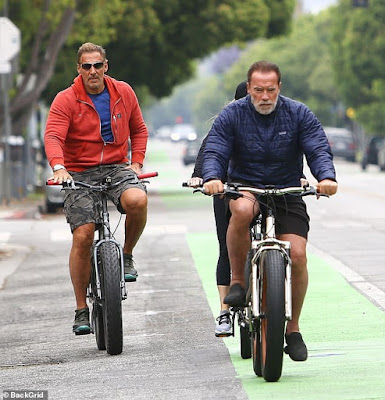 The former couple were married for 25 years when they called it quits.