Man Electrocuted While Using His Phone Which He Was Charging 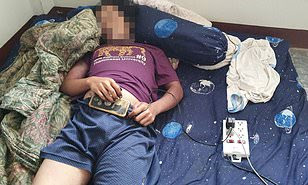 A mobile gaming addict was found dead inside his apartment with signs he was electrocuted after charging his phone and playing with it at the same time.

Delivery company employee Tinnakorn Rattanauppaphan, 32, had the smartphone plugged in to an extension cable while using it at his rented room in Nan, northern Thailand.

He had been missing from work for two days which caused worried among his friends who went to check on him last Friday.

They found him lying still on the mattress below a window. When they tried to wake him he was unresponsive so they contacted the police. Officers believe Tinnakorn had been dead for two days.


They suspected that he was electrocuted to death as they found burn wounds on both of his swollen hands that were touching the phone and charger cable.

The deceased's friends Kriatipong Riankham, 29, and Wutthipong Penharn, 26, said their friend had no enemy or problems but only that he spent most of his free time playing on his phone games.

They said: 'We started to worry after he had been absent from work for a couple days, which was unusual for him.'

He never mentioned having any stress or problems but he had always spent his free time playing online games on his phone.'

The police sent the body for a post-mortem examination and labelled the death as an accident in their initial report.

Police Lieutenant Colonel Samran Wongchaiya said: 'Our initial investigations show that there was no trace of fighting or anything that suggests suspicious activity.

'So we believe that he was electrocuted to death as he had signs of electrocution and the cause is also consistent with the testimonies of his friends and family that he spent a lot of time playing mobile games.' 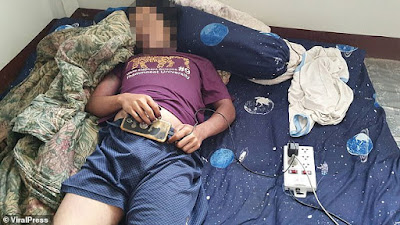 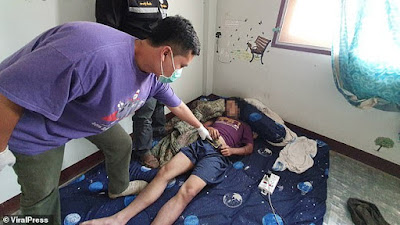