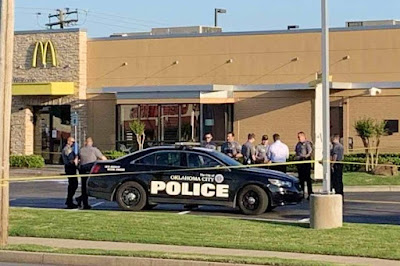 Two McDonald’s workers have been shot after reportedly telling customers they could not eat their food inside due to coronavirus restrictions.

Police in Oklahoma City said two customers were told to leave the store’s dining area shortly before the shooting.

Oklahoma City Police Lt. Michelle Henderson told CNN that two members of staff were shot and a third was also injured at the fast-food branch on Southwest 89th Street and South Pennsylvania Avenue.


One of the victims is believed to have been shot in the leg and the other in the shoulder.

The third victim sustained a head injury during the shooting.

None of the injuries are considered life-threatening.

All three were taken to Oklahoma University Med.

Two suspects fled the scene and are now in custody.