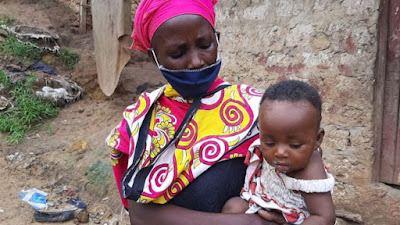 Kenyans have rallied to the aid of a widow filmed cooking stones for her eight children to make them believe she was preparing food for them.

Peninah Bahati Kitsao, who lives in Mombasa, hoped they would fall asleep while they waited for their meal.

She used to wash laundry locally but such work is hard to come by now as people have restricted their interactions because of coronavirus.

A shocked neighbour, Prisca Momanyi, alerted the media to her plight.


After being interviewed by Kenya's NTV, the widow has received money via mobile phone and through a bank account that was opened for her by Ms Momanyi, as the mother of eight does not know how to read and write.

Ms Kitsao, who lives in a two-bedroomed house without running water or electricity, has described the generosity as a "miracle".

"I didn't believe that Kenyans can be so loving after I received phone calls from all over the country asking how they might be of help," she told Tuko news website.

She had told NTV that her hungry children had not been deceived for long by her delaying stone-cooking tactics.

"They started telling me that they knew I was lying to them, but I could do nothing because I had nothing." 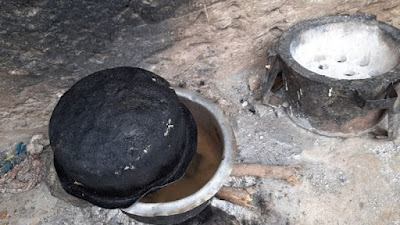 Her neighbour had come around to see if the family was OK after hearing the children crying, NTV reports.

As part of measures to cushion the most vulnerable from the coronavirus crisis, the government has launched a feeding programme.

But it had yet to reach Ms Kitsao, who was widowed last year when her husband was killed by a gang.

Her neighbour has also thanked the county authorities and the Kenya Red Cross, who have also come to help Ms Kitsao.

Many more households in that neighbourhood of the coastal city are now going to benefit from the relief food scheme too, the authorities say.