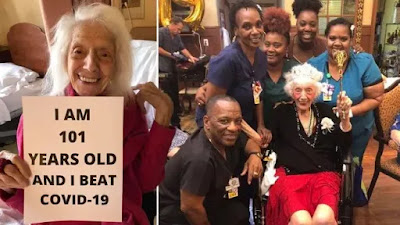 A New York woman who survived the Spanish influenza pandemic, cancer and sepsis, has beaten coronavirus at the age of 101.

Angelina Friedman’s family say they weren’t surprised when she overcame Covid-19 as she is a ‘survivor’ who has ‘superhuman DNA’.

The pensioner’s mother died giving birth to her on a passenger ship that was taking immigrants from Italy to New York City during the second wave of the Spanish flu in 1918.

One of 11 children, she was taken care of by two of her sisters and they eventually reunited with their father in Brooklyn, where she was raised.

She went on to marry and start a family with a man named Harold Friedman, but tragedy struck when they were both diagnosed with cancer.

Angelina’s husband sadly died, but she survived the illness and is now also the last of her siblings.

Her daughter Joanne Merola told Pix11: ‘My mother is a survivor. She survived miscarriages, internal bleeding and cancer.’

She added: ‘Everybody in the family lived until at least 95, except one uncle. My mother is a survivor. She is not human. She has superhuman DNA.’

The New Yorker, who now lives at the North Westchester Restorative Therapy and nursing Center in Lake Mohegan, was taken to hospital on March 21 for a minor medical procedure.

However, the procedure was cancelled when she tested positive for coronavirus, which has now taken 27,000 lives in the city.

Angelina returned to her nursing home to isolate and had an on-and-off fever for several weeks, but finally tested negative on April 20.

Merola hasn’t been able to visit her mum since February and says she is nearly deaf so they can’t talk on the phone.

But, regardless of the distance between them, she says she ‘marvels’ at her mother’s endurance.

Angelina’s story comes after Keith Watson, 101, became one of the UK’s oldest people to survive Covid-19. 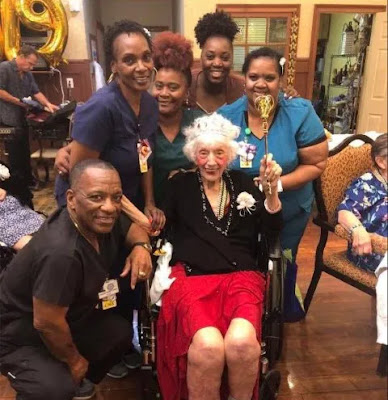 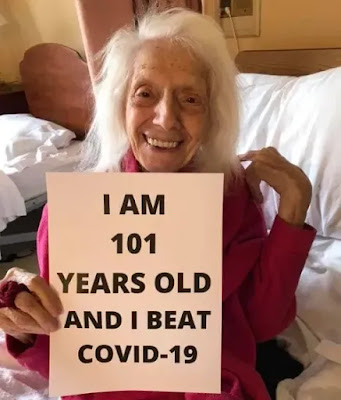