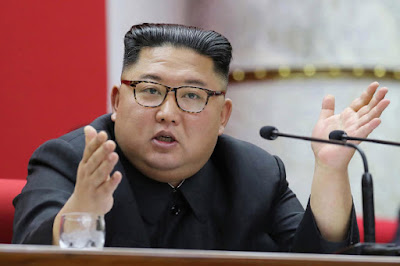 Kim Jong Un is rumored to be dead, according to a Hong Kong broadcast network, while a Japanese magazine is reporting that North Korea’s rocket man is in a “vegetative state” after he underwent heart surgery earlier this month.

A vice director of HKSTV Hong Kong Satellite Television, a Beijing-backed broadcast network in Hong Kong, claimed that Kim was dead, citing a “very solid source.” Her post on the Chinese messaging app Weibo has been shared widely on social media, according to a report in the International Business Times.

Other unconfirmed reports, attributed to senior party sources in Beijing, said an operation to insert a stent went wrong because the surgeon’s hands were shaking so badly.