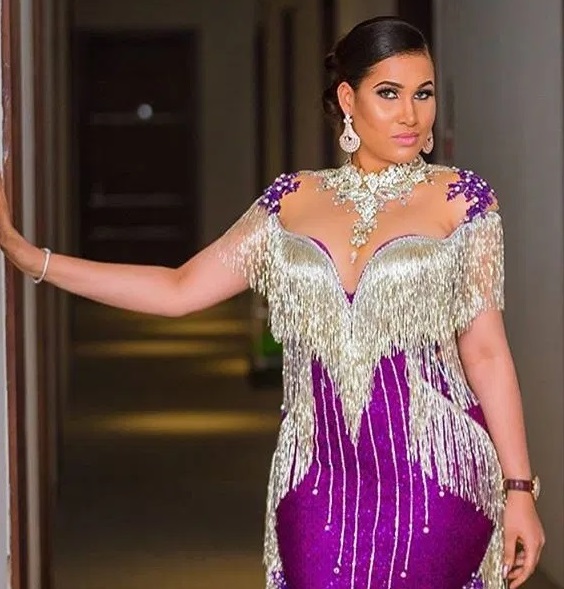 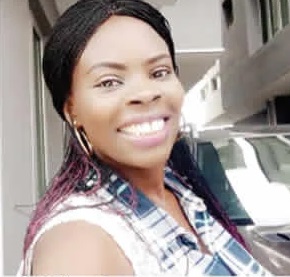 A domestic worker, Oyindamola Alexander, has lost her job while being treated for the coronavirus disease, which she claimed to have contracted from her boss’ son.

Punch correspondent learnt that while Oyindamola was receiving treatment at the Lagos isolation centre in Onikan, the boss, who is a popular actress, Caroline Danjuma, allegedly threatened to arrest her.

Oyindamola, who was discharged on April 20 after testing negative, said she was depressed by the allegations made against her by the celebrity, who also threatened to sue her over a missing laptop.

The victim alleged that her ordeal started after Danjuma’s 11-year-old son returned from a high risk country, the United Kingdom, and started manifesting symptoms of COVID-19.


She stated that the boy’s parents, who were alarmed, contacted officials of the Nigeria Centre for Disease Control, who tested him and confirmed the positive status.

Oyindamola, a graduate of English and Literary Studies from the University of Ado Ekiti, said the health workers conducted tests on everyone in the house and she was among those who tested positive.

The 33-year-old explained that she was subsequently taken to the Onikan isolation and treatment centre.

Narrating the incident, she said, “When Danjuma employed me on March 11, 2020, she said I would supervise her domestic workers. She had a cleaner, a washer man, a driver and a cook. She said she noticed that things were not being properly done and she wanted me to coordinate them.

“A week to the lockdown, she asked if I had money for my family to stock up food. My parents are in Ekiti and my husband is in Benin, though we have some misunderstanding.

“I told her that I had yet to send money to them, but I believe that they would cope somehow. She said she would give me some money to help them. She then gave me N30,000 for which I was grateful. She never said it was my salary.”

Oyindamola added that some days later, her boss’ 11-year-old boy arrived from London.

“After coming into the country, he became ill and was tested by the NCDC; the result came in positive. Everybody in the house was tested. My boss, however, did not allow the cook to be tested. I don’t know her reason for that.

“My result came back positive and I went into isolation. I contacted my boss and asked when I would be paid for the month and that my mom was hypertensive and would need money. I told the doctors not to tell any member of my family. I knew there was nothing to panic about and that I would be fine.

“However, my boss started abusing me. She said what about the N30,000 she gave me when I had not even started working. She said the money was my salary for the month.

“She said she had been feeding me and my attitude was unbecoming, and as a matter of fact, I was no longer working with her and that I deserved what I was going through. She asked if she was the one who impregnated me.”

Oyindamola said she was surprised by Danjuma’s reaction and wondered why she did not show concern for her health.

She added, “My bed in the isolation centre was beside that of the cleaner, who also tested positive for COVID-19. Some days after, my boss told me that I had been fired and asked the cleaner and I to send our account numbers.

“Two days later, she sent me a message on WhatsApp that her laptop was missing. I was fed up. I had never seen the laptop.

“She has been threatening me, saying she would get the police to arrest me. She said she had called my agent and that nobody should employ me. She said if I run away, she would post my pictures all over the social media with my details.

“While in isolation, what they did was to check our vital signs every day. That particular day, the nurse told me that my blood pressure had shot up. I later told the psychosocial agent, who was keeping a tab on me, all that had been happening.”

She noted that the social worker, who later spoke to Danjuma, said the actress threatened to sue her.

“Why is she frustrating and intimidating me? It was while working for her that I got exposed to this thing, and the other domestic worker is still in the isolation centre. Right now, I am afraid for the cook; he should be tested. Right now, I am stranded with nowhere to go. My drugs are in her place,” she added.

In the text message she sent to Oyindamola, the actress claimed that the domestic worker got infected after going out of the house without permission.

“When my boys came back, I ensured that everyone was properly protected and insisted that you did not come close to them. I was with my kids all through, but (tested) negative three times. You ‘K’ deformed legs you were always using to go out without my permission on the basis of being my friend instead of a staff got you sick; you came home and infected Chioma,” the message read in part.

Danjuma, in her reaction, described Oyindamola as a manipulator, adding that she was sacked for plotting to extort her.

She said she agreed to pay Oyindamola N60,000 monthly on compassionate grounds.

The actress noted that the domestic worker, whom she employed as a nanny, went out several times without permission, adding that the second domestic worker caught the virus, because she stayed in the same room with Oyindamola.

Danjuma noted that in a week, two domestic workers left the house because of Oyindamola’s oppressive attitude.

She denied that her son tested positive for the COVID-19, adding that no member of her family had the virus.

The celebrity also told Punch Metro that she isolated the child upon his arrival from London and called the NCDC for tests in line with the government’s directives.

She stated, “An innocent child! Should I call my son to tell you that Oyin is trying to blackmail him to extort money from his parents? My son is negative; we are all negative.

“Oyin does not work in the house. She orders people around. She is rude. I just cannot stay with her. She is not the only one working for me. I still have others. All others are still working for me and I am paying them.

“If she has COVID-19, is Lagos State not providing for her? You have COVID-19 and you are abusing me, are you possessed? You are saying all sorts of nonsense about me.

“Oyin started working with me on March 12 and she started showing some signs. She was always looking tired. You tell her to climb the staircase and she is breathing heavily. She later said she had ulcer.

“When somebody has gone through marital woes, all she needs is not to work for anybody. She needs a psychologist to tell her that the world is not against her.”

Danjuma added that less than a week after her employment, she paid Oyindamola N30,000 as part of her salary, wondering why she would think the money was a gift.

She also said she bought drugs for all her workers, including the COVID-19 survivor.

She added, “My children came back on March 23. I told the doctor to come and test them and they tested me as well. It was not because of anything. They were not sick. I took everybody for the test.

“Oyin has never been proud of working for me. She tells people I am her friend. She tells other workers that whenever I am not around, she is the boss. She wants to control them.

“I know how much I spent feeding three adults, who I don’t really need in my house, and the kids. I have tried. This woman is the most ungrateful soul I have seen. When she tested positive, I called an ambulance and I ensured that the estate did not know about it so that she is not stigmatised.

“She stayed in the main house and shared a room with the other girl. I was calling to check up on her and pray with her while in isolation. Then one day, she called and said she wanted to be paid. And I blasted her. And before you know it, she said she contracted COVID-19 in my house.

“I was surprised and I said which son? It was at that point that I went off on her.”