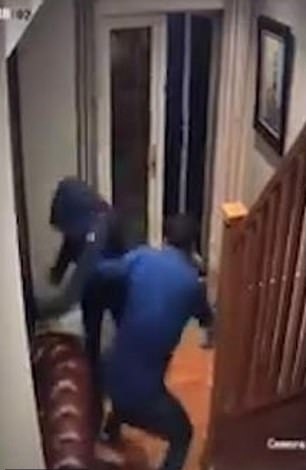 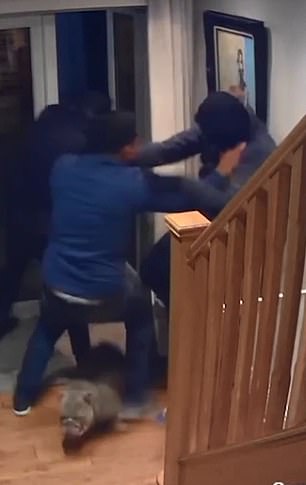 This is the moment a brave homeowner fights off four armed robbers with his bare hands during a terrifying raid on his home.

Estate agent Asif Ali, 35, confronted the men after they broke into his home in Bamford, Greater Manchester, at around 9.15pm on Tuesday night.

In CCTV footage of his brave defence of his home, Mr Ali is seen landing a flurry of blows on one thug before two accomplices join the brawl and he fights them off too.

Today Mr Ali explained how his first thought was to protect his wife Charlotte, 30, who was asleep in bed at the time of the attack.

The video of the invasion of his home starts with a thug, dressed in a hooded jacket and balaclava, walking through the open door of Mr Ali's home.

The businessman immediately confronts him and ducks a left-handed punch from the thug.

He then launches a flurry of jabs of his own, pummelling him into a corner of his home.
Suddenly another attacker bursts in through the open door and Mr Ali takes on both men at once, with his dog, which had alerted him when it barked at the men, running through their legs.

To add further odds to the fight, a third thug appears but Mr Ali is able to force all three men out of his home.

He tries to shut the door but one thug keeps it open and storms back in the house as Mr Ali runs to his kitchen to pick up two kitchen knives. 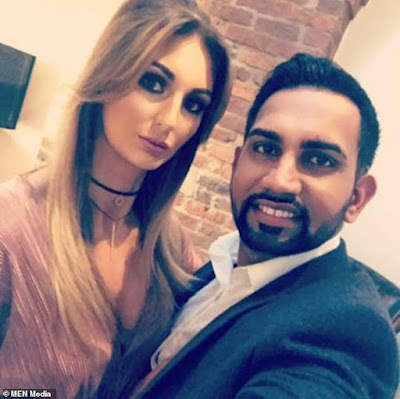