More Than 300 Families Sacked By Flood In Anambra 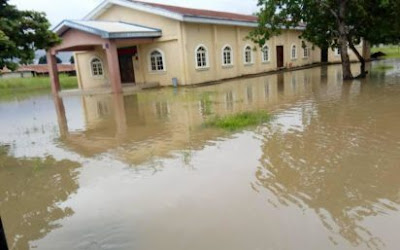 More than 300 families have been sacked by flood in six villages of Amawbia Community in Awka South Local Government area of Anambra State.

The flood coupled with erosion affecting the area has made the affected villages to be caught-off from its neighboring communities; Nise, Nibo, Umuokpu and Agukwu Nnri towns.

The erosion also have stopped school children who just resumed from going to schools.

In addition two children narrowly escaped being washed away by flood.


According to the Director Community Environmental Media Awareness (CEMA) Okey Maduforo, “the situation needs urgent attention by the state government before the entire community is sacked”.

Maduforo noted that “Amawbia People and its residents have spent well over N800 Million in the last seven years to fight environmental degradation without any assistance from government.”

“As it stands now, the community is closed to enjoying the same status with the Ekwulobia gully erosion as the area shares the same topography with other erosion ravaged communities in Anambra State” he stated.