Container Falls And Kills Two In Ikorodu This Morning 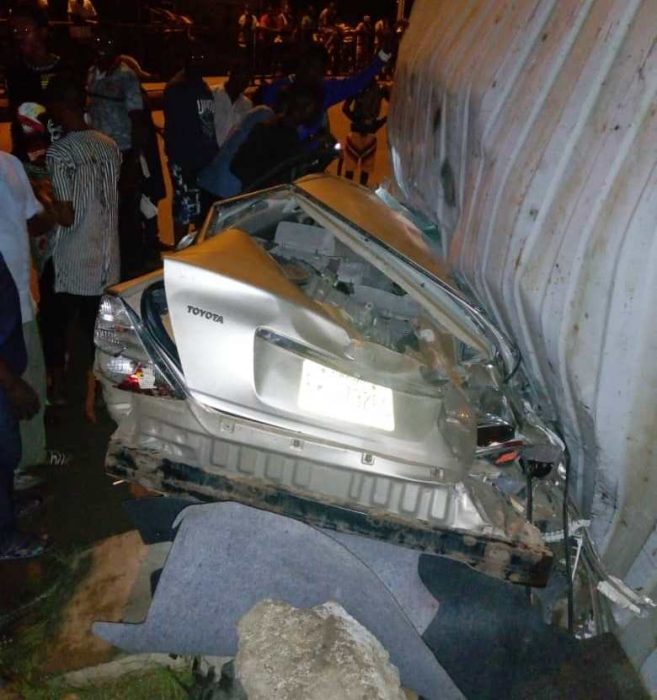 A fallen container from a truck has crushed two people to death and injured several others at Ikorodu area of Lagos, this morning.

According to Oke-Osanyintolu, “Two people were dead. Three sustained major injuries and several others sustained minor injuries when a container fell on a Toyota Camry and three motorcycles.”

Oke-Osanyintolu added that the two bodies of the male victims had been taken to the mortuary while the injured who were initially treated by LASAMBUS had been moved to the Ikorodu General Hospital for further treatment.

“However, the commodities recovered from the container have been bagged and handed over to the Police at Owutu Police Station. Operation has been completed,” he said.