Why I Travelled To 97 Countries - Obasanjo 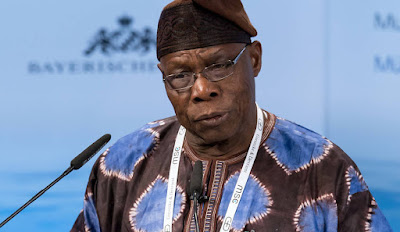 Former President Olusegun Obasanjo on Tuesday said he visited 97 countries trips during his tenure as president between 1999 and 2007.

He said the trips were largely aimed at repairing the country’s poor image following years of brutal military regimes.

But the former leader said in a speech on Monday at Oxford University that the trips brought significant economic benefits to the country.


“I was elected as President of Nigeria in February of 1999 and was inaugurated as president in May 1999, when Nigeria was a pariah nation.

“Every where people had poor opinion about us. We were scorned at and viewed as a liability in the comity of nations,” he said.

“The situation demanded that I worked to stave off that perception. As a country under political transformation, I applied myself scrupulously to the task at hand.

“For the eight years that I served, I reached out to world leaders and continue to do so beyond my presidency. That was termed shuttle diplomacy in governance.

“I travelled extensively, canvassing global understanding and our mainstreaming into the New World Order – not only for Nigeria, but for the whole of Africa. By the time I finished my two-terms, I had travelled to 97 countries,” Mr. Obasanjo said.