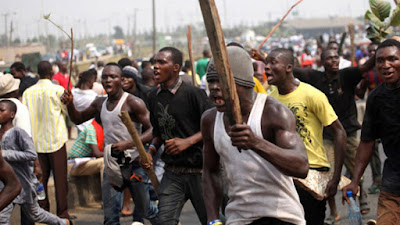 A community source disclosed that residents had known no peace in the community after gunmen believed to be members of a dominant cult group entered Ajakaja, shooting for hours.

It was learned that the hoodlums were countered by a rival group resulting in a gun duel which left the seven persons dead and several others wounded. Hycent Dagbor, a resident, said fear was the order of the day in the community as the cult leaders threatened more attacks.

“It took the intervention of the Special Anti-Robbery Squad, SARS, to calm the situation as the hoodlums took flight through the river side”, he narrated.