MAPOLY Lecturers Suspend Strike On Their Own 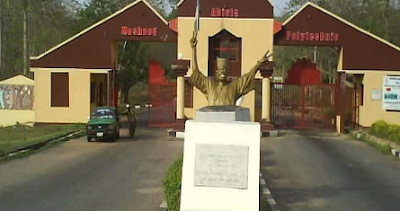 The suspension was announced by the chapter’s Chairman, Mr Kola Abiola, after a congress held at the institution’s campus to resolve the crisis between the Ogun State Government and the union.

Abiola stated that the congress decided to call off the strike following the pressure put on it by many concerned prominent personalities in the state.

He, however, said the union was hopeful that its demands would be met by the government to prompt it to conduct the suspended semester examination.


“Today, we had an emergency congress and after several appeals by eminent stakeholders within and outside the state, the congress therefore decided to suspend the strike.

“The government is aware of all our key issues, all the issues which resulted in the strike are all known to the government.

“When the crisis started we actually went to prominent personalities to intervene and now that they have intervened we think it is high time we give government the room for discussion while academic activities go on.

“We have suspended the strike, and it is now left for the management to announce when academic activities will commence,” the chapter chairman said.

Abiola explained that the union had never blackmailed anybody during the crisis, saying that on no occasion did MAPOLY ASUP insulted the state government.

The News Agency of Nigeria (NAN) reports that the union and the state government had been at loggerheads over the institution’s upgrading to Moshood Abiola University of Science and Technology.

The union also had issues with the government over the planned transfer of some of the institution’s lecturers to the newly-established Ogun State Polytechnic at Ipokia.