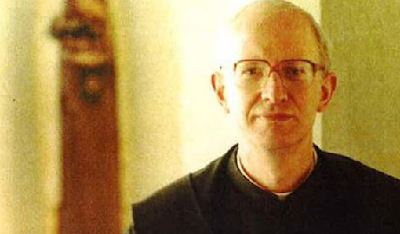 A Roman Catholic priest who sexually abused boys at an abbey school in the 1970s and 80s has been sentenced to 18 years in prison.

Andrew Soper, 74, formerly known as Father Laurence Soper, was a fugitive for five years after jumping bail. An international warrant was issued for his arrest.

He was convicted earlier this month of 19 charges of rape and other sexual offences against 10 boys at St Benedict’s school in Ealing, west London. He is the fourth man at the school to have been convicted of abuse.

Following the guilty verdicts, the school apologised unreservedly for the “serious wrongs of the past”.


Sentencing Soper at the Old Bailey on Thursday, Judge Anthony Bate said: “You are an intelligent man with gifts of scholarship and erudition. However, as you acknowledged during cross examination, showing a degree of insight, that is not how you will be remembered.

“Your good qualities are utterly overshadowed by the proven catalogue of vile abuse for which you are now at last held to account. Your disgrace is complete.”

Soper’s disappearance to Kosovo had been “meticulously planned”, the judge said, adding: “You intended to live out your days there in obscurity.”

Jane Humphryes QC, Soper’s defence barrister, told the court: “It’s fair to say Mr Soper maintains his innocence in relation to all the offences, and describes his situation as a serious miscarriage of justice.”

In an impact statement read in court, a survivor described having a breakdown after police told him there was insufficient evidence to pursue his claims in 2004 and 2007.

“I have tried countless times to take my own life as I just cannot cope any more,” he said. “I still hear Soper’s voice in my head. I can still picture him. I have flashbacks and nightmares.

“I feel like I’m living in a black hole and I still can’t climb out of it. He has damaged my life and I’m afraid that that damage will never go away.”

Another survivor said he believed a paedophile ring was operating at St Benedict’s. “I believe that the Benedictine order should answer for the serial abuse that has gone on in its educational establishments for the last few decades,” he said in a statement.

Soper joined St Benedict’s as a teacher in 1972 and became headmaster of its middle school from 1977 until 1983.