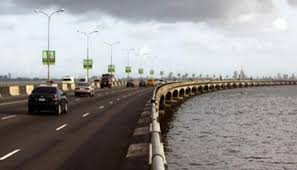 A staff of China Construction Company of Nigeria Sunday night , attempted to commit suicide, after he jumped into the lagoon around Ebute-Ero jetty ,Lagos.

But for the prompt intervention of the police and local divers, the man identified as Folarin Odukoya would have been counted among other Lagosians that committed suicide through such way.

After he was revived , Odukoya blamed his action over his employer’s refusal to issue him a certificate he said would have enhanced his career.

Information at Vanguard’s disposal revealed that a policeman , Sergeant Bankole Adekoya of 23 Police Mobile Force who sighted Odukoya around the lagoon, at about 10pm, suspected he had a sinister motive.


He reportedly informed the Divisional Police Officer in-charge of Ebute Ero , Sina Olunlade , a Superintendent of Police , SP who visited the scene with local divers.

Spokesman for the Lagos State Police Command, Chike Oti, who confirmed the Incident, said that ” on sighting the police team, the fellow jumped into the lagoon near Ebute Ero Jetty. The divers went after him, rescued and handed him over to the police.

“The Commissioner of Police, Lagos State Command, CP. Edgal Imohimi has ordered the prosecution of Folarin , for attempted suicide.

“The CP who had earlier charged all police officers in Lagos to be on the look out for suicidal men and women and to question anybody seen loitering around bridges, river banks, swamps and lagoons with a view to ascertaining their mission there, commended Sgt. Bankole for his vigilance.”