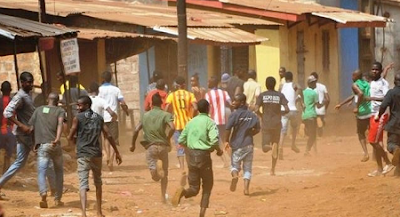 Vanguard recalls that the crisis which was allegedly sparked off last August following political disagreements between two brothers, Ijachi Udeh and Benjamin Udeh,  claimed the lives of many including that of retired Major Lawrence Ugbo.

Findings revealed that the fight for supremacy between  Ijachi Udeh, who is an All Progressives Congress, APC, stalwart, and his brother Benjamin, who belongs to the Peoples Democratic Party, PDP led to the deaths and destruction of property in the area.

It was also learnt they both have a strong support base in the community.

“Yes, there was a clash that claimed the lives of 3 persons Saturday night and another that got injured gave up today  (yesterday) leading to the death of four people.

“However,  normalcy has been restored as more patrol teams have been sent to the area to support the ones that were there after the August mayhem.

“It is likely that the yesterday’s clash and killing are connected to what happened in the area recently but we have commenced full investigations to bring the killers to book.

“Though we are yet to establish the motive for the crisis, we urge the public to provide security agencies useful information that could lead to the arrest of the masterminds of the crisis and killings,” Yamu said.