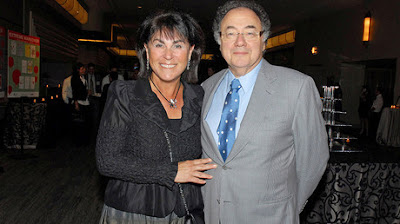 A pharmaceutical billionaire and his wife have been found dead at their home in circumstances described as “suspicious” by Canadian police.

The bodies of Apotex founder Barry Sherman and his wife, Honey, were discovered dead in the basement of their Toronto home by officers responding to a medical call. They were found by a real estate agent.

Their deaths were being treated as "suspicious", Constable David Hopkinson, from the city's police force, told reporters.

“Our investigators are inside investigating and taking apart the scene,” he said.  “Until we know exactly how they died we treat it as suspicious and once a determination has been made with the pathologist and the coroner then we move forward from there.”


The couple had recently put their house up for sale with an asking price C$7m (£4m).  Toronto's mayor, John Tory, said it was “shocked and heartbroken” by Mr and Mrs Sherman’s deaths, paying tribute to the pair on Twitter.