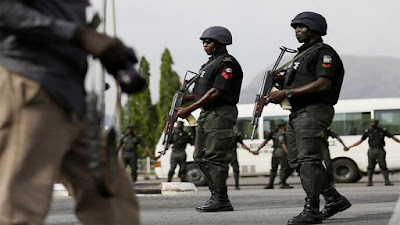 The Kogi State Police Command, on Wednesday, said it had dismissed three police officers serving in the command over their alleged involvement in drug trafficking.

The dismissal followed the report of the boardroom trial carried out by the command, which found the officers guilty of the offence.

The officers were last month arrested by the National Drug Law Enforcement Agency (NDLEA) Kogi State Command while allegedly escorting a vehicle loaded with 30 bags of weeds suspected to be Indian hemp out of Lokoja.

The Police Public Relations Officer (PPRO), ASP William Aya, who confirmed the development to newsmen, said the affected officers had since left the service.


He said that NDLEA would soon arraign the officer in court to face proper charges, adding that their dismissal followed due process.

The drug was conveyed in a Toyota Picnic car with registration number Kogi KNA 185 LG when it was intercepted by NDLEA operatives.