Rihanna and her beau Hassan Jameel seem to be inseparable these days. After being spotted together on Halloween, the 29-year-old singer and her billionaire Saudi Arabian beau have now been spotted at Heathrow Airport, arriving London.

This comes after the Work hitmaker flashed what appeared to be a diamond engagement ring on her wedding finger last week in New York City.

The two have been dating for about a year.

Divorced Jameel is the deputy president and vice chairman of family business Abdul Latif Jameel Domestic- who own the rights to sell Toyota cars in Saudi Arabia. He previously dated Naomi Campbell.

The crooner was glam free with her locks pulled up into a bun, a crossbody Dior purse on her hip and white sneakers.

Her beau was dressed very casually as well for the long flight.

According to eyewitnesses, the pair took over two hours to come through the terminal.

They had used the exclusive Windsor Suite, which is supposed to enable VIPs to arrive and leave the airport with minimal delay.

The lovebirds then got into a waiting van.

Rihanna was sporting the large ring as she left Madison Square Garden where she took in Chris Rock's stand-up comedy performance.

The ring appeared to have a large center stone that could have been a champagne diamond.

Surrounding the rock were several large white diamonds that created what looked to be a daisy pattern. Whatever it is, we wish Riri all the best. 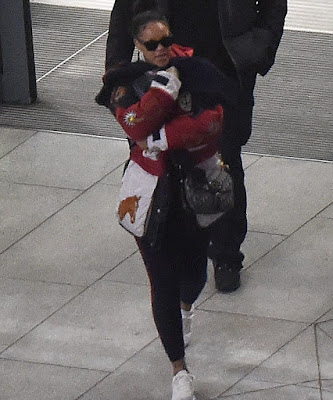 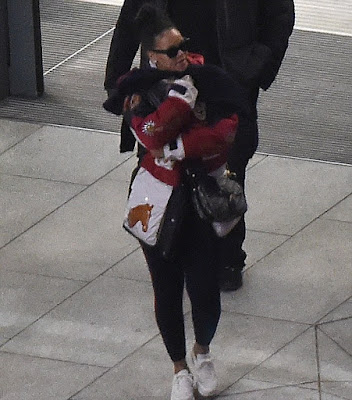