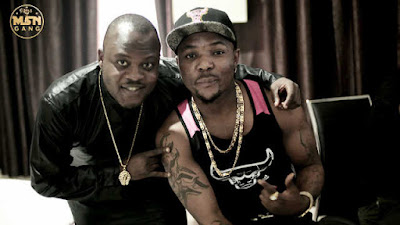 Lol, this Danku can talk for Africa sha., like seriously? LMAO.  I’m sure if Oritsefemi is asked to speak on this now,  he would say it is a lie. Can someone just learn to keep quiet, like seriously, loooooool. This is taking a piss. So Sunday Scoop took a step to ask Danku, Oritsefemi’s former manager why he was absent at the singer’s wedding, and Danku exploded as usual.

He said; “I was invited for the wedding but I was quite busy and I had to attend some business meetings. I wish him well, and I pray that God would bless their marriage. I don’t think there is any big deal about me not attending the wedding. If there was any issue between us, I would let you know. We are on good terms. I don’t regret anything I did for Oritsefemi in the past. I met him when he was nothing and I was able to build him up; I thank God for that privilege. The good thing is that we are both doing well in our careers now,” he said.


When asked if if he gave the new couple a gift, he said;

“We have a way of giving ourselves gifts but for now, there is nothing special.”

On how Oritsefemi met his wife;

“I was the one who introduced Oritsefemi to his wife, Funke, also known as Nabila Fash. I recall that I met her at GoTV’s anniversary celebration. Artiste managers had been invited for a get-together before the grand finale of the anniversary. When I got to the event, we spoke at length. I liked her friendly attitude and the way she attended to people so I told her I wanted her to meet my artiste, Oritsefemi. Meanwhile, Oritsefemi wasn’t in the country at that time, and I told him that there was a lady I wanted him to meet. I told him that I wanted her to be a friend of the house, and that she would be good for him in particular. Eventually, I made proper introductions between the both of them at the backstage of an event in Abuja. I made sure that the relationship started on a good note and I backed off.”