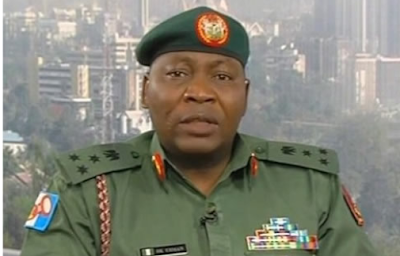 The Nigerian Army on Wednesday removed the Theatre Commander of the Operation Lafiya Dole, Maj. Gen. Attahiru Ibrahim, and appointed a new Major General to head the military anti-insurgency operation in the North-East.

The Director, Army Public Relations, Brig. Gen. Sani Usman, confirmed the development to Punch correspondent on the telephone, noting that Maj. Gen. Rogers Nicholas has been named as his replacement.

Usman said, “It is true that a new commander has been appointed for Operation Lafiya Dole. I can confirm the appointment.”

Until his new appointment, Nicholas was the Chief of Logistics at the Army Headquarters, Abuja.