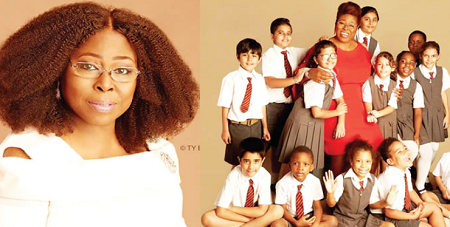 Dr Abiodun Laja is the Executive Director of the Lekki British School, Lekki, Lagos. She started a private school at 27 and recently celebrated her 40th anniversary in the education sector. In this interview, she told Samson Folarin  how becoming pregnant at 19 changed her career path and the challenges she had faced over the years

You started a private school at 27 at a time when such venture was a preserve of retired teachers. How did it happen?

Back in my secondary school days at St. Loius, Ibadan, I was good at mathematics and my father, who was an accountant, felt I would make a good accountant. Unfortunately, I had a baby immediately I left secondary school. My father was very angry with me and I was angry with myself as well.


He took the baby from me at 11 months and I went to London to study. The early motherhood, however, changed my perception. While I was nursing the baby, my mind switched from being an accountant to education of children.

When I got to England, I started doing child education as a course. It wasn’t challenging enough and I wanted to pull out. However, I had a college mother who advised me to finish my first diploma in education before changing to accountancy. I listened. In the course of my first year, my interest got developed and I stayed in the field. After three years, I finished.  When I returned and my parents introduced me to my child, he started calling me aunty. He was calling my sister mummy. And it has been like that till date.

However, I observed that I loved children. I taught at Adrao International School for two years. There I saw that not only did I love children, they loved me as well. At times they would go home and start writing notes about what I wore to school. When I got to the school in my car, they would fight over  who will carry my bags.

I later moved to St Saviour’s School, Ebute Metta, which was headed by a British woman. I got fulfilment in that school and became attracted to the British curriculum.

That summer, I went to Disneyland in Florida with my kids. I saw there was much to attract children. I saw a lot of things and characters – like Mickey Mouse, and the rest of them. So, I decided to start a school when I was only 27 years.

But why didn’t the early pregnancy break you down? This is what has damaged the future of many teenagers. Why was your case different?

It is because of my person. I don’t know how to give up. I have lived my life accepting challenges. I have never given up. I can cry all night, but once it is morning, I am done. But to say that something is impossible, it is never in my dictionary.

The man I had my first child with was the one I had all my children with. It was not planned, but I made up my mind not to abort, even though I was 19 years old then. I was telling my classmates that time that I was expecting a baby and they thought I was joking. I was still the leader of the basketball, volleyball and netball teams.

I believe it was to give me a turnaround in life. That time, it was like a crime as well. One cannot move forward; but I didn’t allow it to move me. The boy is now a brilliant lawyer; a New York attorney.

I once wanted to go into oil business and I met my uncle, the late Bank Anthony. I told him and he laughed and said it was a mafia thing. I laughed and told him to give me the form for mafians. He liked my aggressiveness in business and he supported me. I run with three mottos in life which have kept me going: “Don’t let anybody disappoint you”, “Nobody is indispensable” and “Be politically and financially strong”.