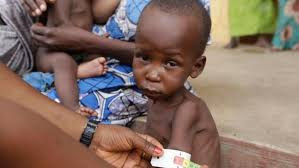 The figure represented the lion share of half of the 540,000 total infected children in West and Central Africa over the same year.

Nigeria also recorded 37,000 new HIV infections among children out of the total of 60,000 new infections in West and Central Africa over the same period, representing 62 per cent of the new infections.


The UN children’s agency warned that the West and Central Africa were lagging too far behind the rest of the world in access to HIV treatment and care.

UNICEF Director, West and Central Africa, Ms Marie-Pierre Poirier, in a report released, on Tuesday, called for improvement of early diagnosis and access to HIV treatment and care for children.

The report said four in five children living with HIV in West and Central Africa were still not receiving life-saving antiretroviral therapy. Worrisome!