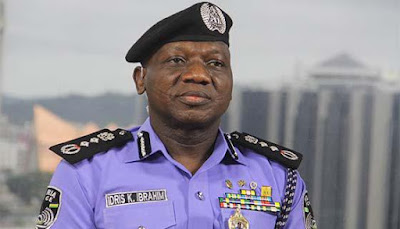 The Nigeria Police Force in reaction to the recent trends in social media with calls for scrapping SARS #ENDSARS the Inspector General of Police (IGP) has ordered the reorganisation of the squad across the country.

The IGP in a statement signed by the Police Public Relations Officer, Jimoh Moshood has directed immediate reorganization on SARS across the nation and investigation into all allegations and complaints raised.

“The Inspector General of Police, IGP Ibrahim K. Idris concerned with public interest and the need to reposition the Special Anti-Robbery Squad (SARS) for more efficiency and effective service delivery to all has directed the immediate re-organisation of the SARS nationwide and instant investigation into all the allegations, complaints and infractions levelled against the personnel of the Special Anti Robbery Squad across the country by the IGP X-Squad of the Force,” the statement read in part.


The statement said further that, in the new arrangement, a Commissioner of Police is now the overall head of the Federal Anti-Robbery Squad nationwide under the Department of Operations, Force Headquarters Abuja.

“The Police Zonal Commands, State Commands and Divisions will continue to operate anti-crime units/sections, crime prevention and control squads and teams imperative to prevent and detect crimes and criminalities in their Area of Responsibilities, and other crack squads necessary to sustain law and order and protection of life and properties in their Area of responsibilities (AOR).

“Federal Anti-Robbery Squad (FSARS) will now exist and operate in the State and Zonal Commands under the Commissioner of Police (F-SARS) at the Force Headquarters.

“A Federal SARS Commander of a Rank of Chief Superintendent of Police (CSP) and not below Superintendent of Police (SP) will be in charge of FSARS in State and Zonal Commands across the Country. All Commissioners of Police have been directed by the Inspector General of Police to comply with this directive with immediate effect and warn their personnel not to pose as SARS operatives. The IGP X-Squad has been mandated to go round the Commands and Police Formations nationwide to ensure strict compliance and apprehend any erring police officer,” the statement read.

He, however, emphasised that the SARS have been doing very well in fighting violent crimes such as armed robbery, kidnappings and cattle rustling in the country in the recent time resulting in reduction of incidents of the mentioned violent crimes nationwide.