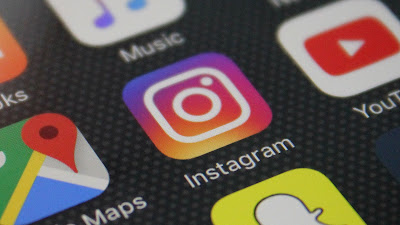 A University of Ilorin female student (name withheld), has narrated how a man she met on Instagram drugged, had sex and took her nude pictures in a Lagos hotel.

Crying profusely while speaking with newsmen on Sunday in Ilorin, the lady said she met the man through social media network (Instagram), where the relationship started.

“He asked for a relationship which I was reluctant to accept but I accepted. “I met him for the first time in Lagos when I was on holiday.

He later invited me to an hotel in Ojo area of Lagos, that was when I met him for the second time. “It was when I was preparing to return to school, so he demanded sex which I turned down.


“He promised me N15,000 and transferred it to me, we had a drink but I noticed I was dizzy. “So it was when one of the hotel waiters brought a condom that I started to cause a scene before people came to my rescue.

“Later that day, he called and threatened to send my nude pictures he took to my Daddy, I was surprised how he got my father’s number.

“It was because of the threat that I had to go to him again to have sex and to ask him delete all the pictures but he again said he had video of when we were having sex.

“I couldn’t confront my parents because I was scared and told my pastor, so it was my pastor that reported the matter to the police,” the Unilorin student said.

She described the man as a devil who had taught her a painful lesson. Confirming the incident, Kwara police spokesman, Ajayi Okasanmi, told newsmen that the suspect was arrested but escaped during interrogation. “We invited the suspect to Ilorin with the help of the lady he was threatening.

“We arrested him and seized the phone which has the nudes pictures. “So, we asked an officer to go and search where he lodged in Ilorin only for him to escape in the process and we have not seen him till date,”

Okasanmi explained. Okasanmi said that the suspect later went on social media claiming that he collected money from him The Kwara Police spokesman challenged the suspect to come out and sue him if his claims were true.