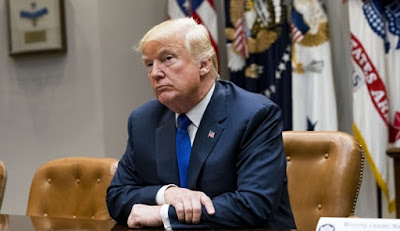 Twitter has explained why they failed to remove offensive and unverified anti-Muslim tweets shared by President Trump.

The site has claimed its decision not to remove violent far-right Britain First videos retweeted by the US president had nothing to do with the episode making global headlines.

A row erupted between Theresa May and the US president when he retweeted three anti-Muslim videos posted by the deputy leader of fringe political group Britain First.

Two featured violent scenes, including someone being pushed off a roof and another person being assaulted, leading Twitter users to suggest they breached the site’s guidelines. One of the videos, which suggested the attacker was a Muslim migrant, was quickly identified as fake news.


A previous statement from Twitter indicated the content was allowed to remain online as it stoked debate.

It pointed to guidance in its help centre which said: ‘There may be the rare occasion when we allow controversial content or behaviour which may otherwise violate our rules to remain on our service because we believe there is a legitimate public interest in its availability.’

Twitter co-founder Jack Dorsey rowed back on the suggestion, saying: ‘We mistakenly pointed to the wrong reason we didn’t take action on the videos from earlier this week.’

In a series of posts shared from the Twitter Safety account, the social media giant appeared to set out why Mr Trump’s tweets remained on the site.

It wrote: ‘Earlier this week Tweets were sent that contained graphic and violent videos. We pointed people to our Help Center to explain why they remained up, and this caused some confusion.

According to Twitter’s media policy, a post breaches guidelines if it contains ‘gory media related to death, serious injury, violence or surgical procedures’.

It lists examples including the moment someone dies, a gruesome crime scene or bodily harm, torture, dismemberment or mutilation.

The Prime Minister previously said Mr Trump was ‘wrong’ to retweet videos posted by Britain First’s deputy leader Jayda Fransen, which she condemned as a ‘hateful organisation’ dedicated to spreading division and mistrust.