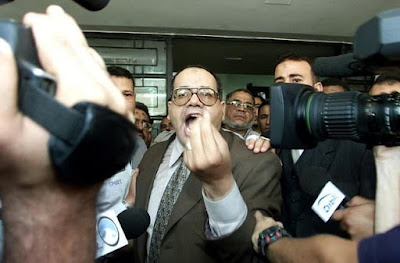 An Egyptian court on Saturday sentenced a lawyer who said woman wearing ripped jeans should be raped to three years in prison, a judicial source said.

The sentence against Nabih al-Wahsh was passed in absentia as the lawyer, previously released on bail, did not attend the hearing on Saturday.

Wahsh's comments during a television programme had provoked outrage and complaints to the state prosecutor, who decided to put him on trial.

Wahsh had said it was a "national duty" to rape women wearing tight, ripped jeans.


The prosecution had charged him with "publicly inciting to flout the law" and "spreading with malice reports and statements meant to perturb public order... and harm the public interest".

The sentence can be appealed. Egyptian women have long complained of rampant sexual harassment, which the government has been working for several years to address with a tougher law.