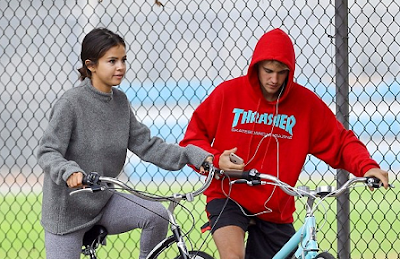 Selena Gomez has finally confirmed her reunion with her first love, Justin Bieber.

The actress, 25, opened up about the men in her life in an in-depth interview with Billboard, telling the magazine that she and her ex The Weeknd ended their 10 month relationship as 'best friends.'

But Selena was vague as she addressed her relationship with Justin, insisting she will always have a soft spot for someone who has played a significant role in her life.


'So maybe before, it could have been forcing something that wasn't right. But that doesn't mean caring for someone ever goes away.'

Selena and Justin have decided to give their relationship another go following an on-off romance that started in 2010.

Their renewed relationship followed her recent split from The Weeknd, who she dated for nearly a year.