235 Dead Bodies Recovered So From Sufi Mosque, Egypt After Attack 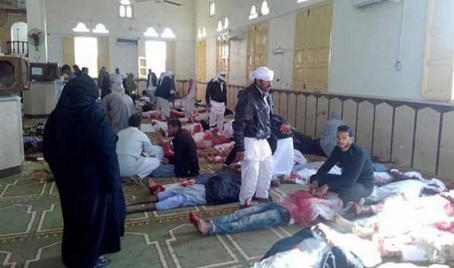 In the deadliest attack on civilians in Egypt’s modern history, Islamist militants detonated a bomb inside a crowded mosque on Friday and then sprayed gunfire on panicked worshipers as they fled the building, you already know that and in all at least 235 dead bodies have been seen. And now they put the number of those who were wounded at 109.

The scale and ruthlessness of the assault, which occurred in a small town in the insurgency-racked Sinai Peninsula, sent shock waves across the nation, not just for the number of deaths but also for the choice of target. Attacks on mosques are rare in Egypt, where the Islamic State has targeted Coptic Christian churches and pilgrims but avoided Muslim places of worship.