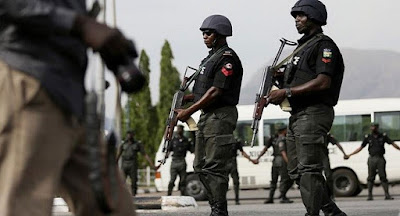 A Cameraman with the Anambra Broadcasting Service, Mr Ikechukwu Onubogu, has been found dead four days after he was declared missing by members of his family.

Although the cause of his death remained sketchy, the News Agency of Nigeria gathered that the late Onubogu, who was at home with his wife, was said to have received a phone call in the afternoon on Nov. 12.

Sources said the deceased, thereafter, took his camera and left his home, located near the popular Aroma Junction in Awka but never returned.


His remains, now deposited at the Amaku Teaching Hospital, Awka, were reportedly discovered on Thursday by men of the Nigerian Police Force at Obosi, near Onitsha.

The Managing Director of ABS, Mr Uche Nworah, in a statement on Friday, described late Onubogu as a “peace loving man that you would never expect that anybody would want to harm him’’.