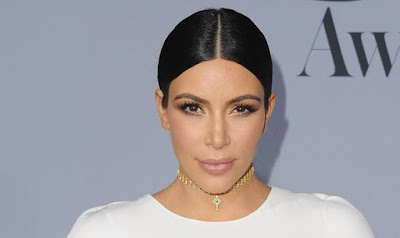 Kim Kardashian has been criticised for not inviting the mother of her unborn child to her glamorous baby shower over the weekend - prompting speculation she's not treating the surrogate as a real member of her family.

The 37-year-old, who already has daughter North and son Saint with Kanye West, invited her whole family and loads of friends to the pink-themed party on Saturday.

The star-studded bash, attended by the likes of Chrissy Teigen and Kim's hairdresser Jen Atkin, must have cost a fortune as the reality star flew in cherry trees in full blossom for the occasion.


She'd also had the place decked out with flowers and pink lighting to set the scene.

But one notable guest was missing from the fun: the woman actually carrying Kim's baby.

She and Kanye turned to the surrogate mum for their third child after Kim suffered through two pregnancies herself.

The heavily pregnant woman, last spotted in public in October, is said to be due in January - and Kim confirmed this week the unborn baby is a little girl.

But she didn't turn up to the baby shower, either because she wasn't able to make it - or worse: was never invited, which made her fans call her out saying it is not right.