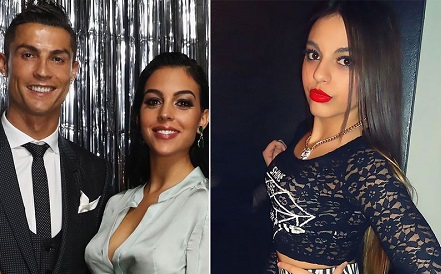 Real Madrid star Cristiano Ronaldo reportedly cheated on his pregnant girlfriend with a reality TV star. Aspiring model Natacha Rodrigues claims she slept with the former Manchester United forward at his house in Madrid after months of the pair messaging each other.

Ronaldo's current girlfriend Georgina is eight-months pregnant with their child. Natacha, 21, told The Sun: “I knew he had a girlfriend but we became friends, there was trust between us, a bond. He was a lovely person and after messaging for so long it was amazing to be with him.

"Our night together was special but afterwards I told him I was going on a Portuguese reality show and he told me not to do it. By the time I came out he’d blocked me.


“Now I think he just used me for sex. I don’t have regrets because being with him was like a dream come true but I feel betrayed.”

Natacha claims their meeting took place in March of this year, months after he had met his current partner Georgrina.

She also claims that after they slept together, Ronaldo gave her a hat, a tour of his apartment and €300 for taxis home.