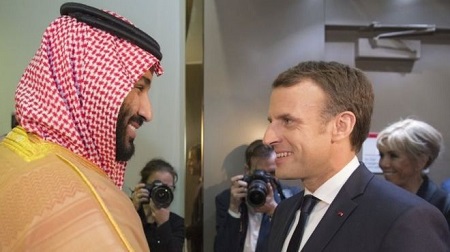 French President Emmanuel Macron has paid an unscheduled visit to Saudi Arabia amid an escalating crisis between the kingdom and Lebanon.

His trip comes days after Lebanese PM Saad Hariri resigned while in Riyadh, saying he feared for his life.

Foes Saudi Arabia and Iran have accused each other of fuelling instability in Lebanon and the wider region.

Mr Macron and Saudi officials also discussed the crisis in Yemen, where Riyadh is leading a war against rebels.


France has historical ties with Lebanon, as its former colonial power before it gained independence during World War Two.

Ahead of his two-hour visit to Riyadh, Mr Macron said all Lebanese officials should live freely, "which means having a very demanding stance on those who could threaten any leader".
No details of the alleged plot against Mr Hariri have been made public.