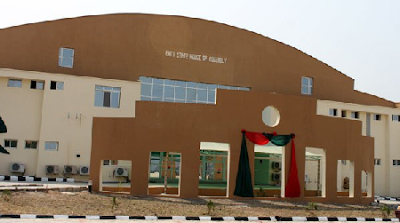 A bill seeking to prohibit the activities of secret cults on Tuesday scaled third reading at the Ekiti State House of Assembly.

The substance of the bill, which is yet to be signed into law by the governor, is the prescription of death penalty for those found guilty of breaching the law in that regard.

Those aiding and abetting cultism would also bag life imprisonment if found guilty. The new provision was an amendment to the law against cultism, enacted by Ayo Fayose during his first tenure as governor of the state.

The law had provided a seven-year imprisonment for anyone convicted of cult activities, whereas those aiding and abetting the act were to be imprisoned for five years.

Before the passage, the House Leader, Akinyele Olatunji, recalled the killings at the university due to cult activities.

“We will not allow any group to turn Ekiti into death trap area,” he said, while thanking the governor, Ayodele Fayose, for introducing the bill.

“We cannot fold our arms while some people would constitute themselves as a menace and eliminating the lives of innocent people of this state,” Speaker of the house, Kola Oluwawole, said, while making his remarks on the bill.

“It is an everlasting sorrow for someone to lose his child or relative. The bill will reshape the lives of our youth. It will ‘touch’ those who intend to join any secret cults and those who have the intention to take another person’s life.

“Those people that we are representing will have peace of mind that their lives and those of their children are safe. The bill considers very seriously the negative consequences of such action because of the irreparable loss of lives.”