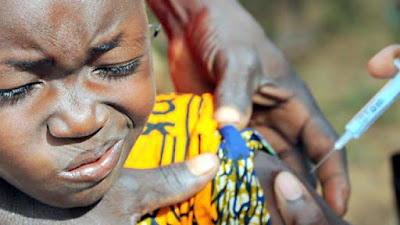 The federal government today will flag off the 2017/2018 National Measles Campaign, which aims to vaccinate over 33 million Nigerian children against the disease.

The Executive Director of National Primary Health Care Development Agency, Faisal Shuaib, who announced this in a statement released on Monday, said the Minister of State for Health, Osagie Ehanire, will flag off the campaign in Kaduna State.

Mr. Shuab said 33 million Nigerian children aged nine to 59 months are to be immunized against measles by the end of the campaign.

He noted that the measles vaccine would be administered to children at health centres, fixed health posts, churches, mosques, motor parks, public places, schools and homes.

Mr. Shuaib said a phasing campaign had been introduced as part of the efforts to ensure highest quality coverage and effective measles campaign in the country.

According to the NPHCDA head, the North-west campaign will run from November 9 to 21, while that of the North-east will be from November 30 to December 12.
For the North-central, the campaign will take place from February 1-20 next year, while it will hold in all states in the Southern part of the country from March 8 to 20, 2018.