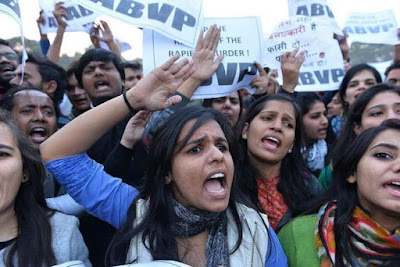 A man accused of raping a toddler in front of his own children has been arrested in India, police said Friday, the latest in a series of sex attacks against minors in the country.

The 18-month-old girl had gone to play with her neighbours' two children aged two and four on Wednesday when she was allegedly raped by their father in their one-room home, police said.

The girl, who is recovering at a New Delhi hospital, was found dumped outside her house bleeding and in pain by her mother after the alleged assault.

The suspect was arrested on Thursday, said Harinder Singh, an officer in the Aman Vihar neighbourhood where the assault apparently took place.


He has been charged under India's Protection of Children from Sexual Offences Act, which means he could face life imprisonment.

The head of the Delhi Commission for Women Swati Maliwal met the child and said she was in a stable condition after undergoing surgery.

"The poor child cannot even speak, she is just laying there," Maliwal said.