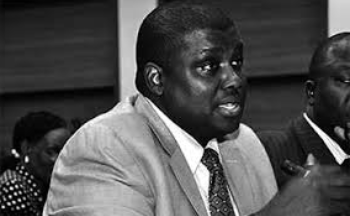 The Federal Government has filed six counts against the embattled former Chairman of the Pension Reforms Commission,  Abdulrasheed Maina.

The charges, filed before a Chief Magistrates’ Court in the Federal Capital Territory, Abuja, formed the basis on which the court issued a fresh warrant for the arrest of Maina, who is currently on the run.

The warrant of arrest was signed by the Chief Magistrate, Elizabeth Jones.

According to a copy of the Judicial Form 4 sighted on Wednesday, the fugitive is being wanted for offences bordering on “theft of public money, obtained (sic) money under false pretences, breach of trust, cheating, official corruption, embezzlement of pension money, fraud, etc.”


The chief magistrate ordered “all police officers and the EFCC personnel” to execute the warrant issued against Maina.

“You are hereby directed to arrest the said A.A. Maina,” the warrant of arrest read.