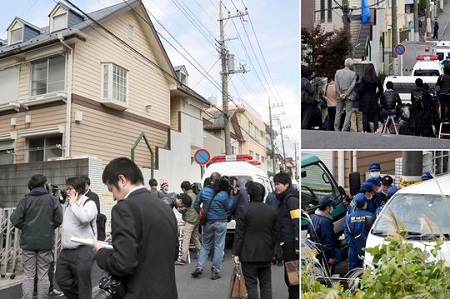 Police in Tokyo have found nine bodies - many of them dismembered and stored in coolers - at a 'house of horrors'.

Officers were investigating the disappearance of a 23-year-old woman when they discovered the mystery at an apartment.

The suspect was named locally as Takahiro Shiraishi, aged 27.

It is believed he was captured on CCTV walking near the apartment with the missing woman.

A number of cold storage containers were found in the house, each with body parts inside.

It is believed they belong to eight women and one man.

Shiraishi is currently arrested on suspicion of abandoning a body but more charges could follow.

The body parts include at least two severed heads.

The 23-year-old woman and the suspect exchanged messages on Twitter after she posted on the social media platform that she was "looking for someone who will commit suicide with me", according to reports.

Her brother found out she'd left the message after reporting her missing.

A neighbour said he smelled something odd from the apartment in August.

"I thought it smelled like sewage," the man said.

"It was something I never smelled before."

According to the Japan Times, Shiraishi told police: "It's true that I tried to hide the bodies of the people I killed to destroy evidence."