What The Rich And Famous Make EVERY Day 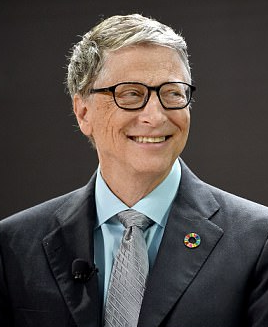 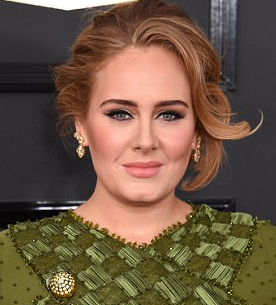 With Adele reportedly making £45,000 a day last year from her UK company alone, and Forbes figures showing she got £144,000 daily in global earnings, Dailymail discloses how much the great and the good rake in from salaries and investments every single day.

The Microsoft co-founder is said by Bloomberg to have earned £2.6 bn last year — an astonishing £7.1 m every day of the year. Also chairs the Bill & Melinda Gates Foundation, the world’s largest private charitable foundation.

HOW HE SPENDS IT: Enjoys minibreaks in Iceland and spends longer family holidays on yachts in the Med. He said: ‘Money has no utility to me beyond a certain point.

'Its utility is entirely in building an organisation and getting the resources out to the poorest in the world.’

The Duke of Westminster, Hugh, 26, who inherited the title last year, is the head of the Grosvenor family which has been accumulating wealth for centuries and owns more land than the Queen.

Accounts for 2016 suggest the Grosvenor Group generated £79.2 m of revenue profit, despite the ‘chilling’ of the prime London property market.

HOW HE SPENDS IT: Not known for his extravagance, Hugh apparently drives a modest car and has a steady girlfriend he met at Ellesmere College, Shropshire.

The Harry Potter creator earns money from the books, films, theme parks, merchandise and the stage show, as well as her new writing projects.

HOW SHE SPENDS IT: She lives in Edinburgh with her husband and three children and reportedly has bought her neighbour’s home for £1 m to make a bigger garden.

She’s also sold the family yacht and bought a place in Australia — the perfect antidote to Scottish weather.

HOW SHE SPENDS IT: Adele owns two mews houses in Kensington, knocked together into a family home, and two more in Hove, East Sussex.

There’s also a house in LA. These are shared with her 43-year-old husband Simon Konecki, a multi-millionaire charity executive, and their son Angelo, four.

The former footballer has lent his lustre to plug everything from skin cream to whisky and casinos.

His UK accounts show he has taken a stunning £45 m in dividends in the past five years.

HOW HE SPENDS IT: A new £6m home in the Cotswolds being created from several converted barns — and ballet classes for daughter Harper, his little princess.

Sir Elton is reported to have made £45.7m last year, much of it through live performances — he has a lucrative residency in Las Vegas — plus royalties from his more recent work, including an album.

More is to come as he is writing an autobiography and penning tunes for a Broadway musical.

Her Majesty is given a Government grant of 15 per cent of the net surplus of the Crown Estate monies.

Last year, she received £42.8m — but this is to rise sharply to cover the refurbishment of Buckingham Palace.

HOW SHE SPENDS IT: Holidays at Balmoral and Sandringham don’t add much to her annual expenditure — but caring for the many crumbling royal palaces is a major financial drain.

The four-time world champion Formula 1 driver earned £35 m last year from winnings, salary and endorsements — nearly as much as the Queen.

He will have paid little tax as he is resident in Monaco.

HOW HE SPENDS IT: The F1 season runs from March to November and he is required for training and testing throughout the year.

But he finds time to attend numerous fashion events and dabble in rap music.

He’s bought a £1.14 m Ferrari — controversial, considering he drives for the Mercedes team.

The Oscar-winning actress has grumbled about not taking home as much as her male counterparts — but she earned a reported £18.2m in 2016, which isn’t half bad.

In that time she appeared in arty movie Mother as well as the futuristic dramas Passengers and X-Men Apocalypse.

She also earns money via endorsements for Dior.

HOW SHE SPENDS IT: On a £5.4 m Beverly Hills pad and her own charitable foundation that helps poor and sick children in her home state of Kentucky.

The second-in-line to the throne was paid £44,000-a-year for his part-time job as a helicopter pilot, which he gave up earlier this year.

He receives around £300,000 a year in interest payments from his mother’s £10 m legacy, plus a share of the £3.2 m which his father gives to him and brother Harry annually.

If we assume that’s divided equally, he has an annual income of £1.94 m.

The PM’s annual salary is £150,402, which gives her £412 per day — not enough for even half a pair of those infamous £995 leather trousers. Perks of the job include Chequers as a country retreat.

HOW SHE SPENDS IT: Frugal in general, the Prime Minister has to pay out to keep any of the many expensive gifts she receives.

This year, she’s splashed out on a pair of £495 luxury shoes from designer Charlotte Olympia, thought to be leopard print kitten heels, a £160 necklace and a £175 fountain pen.