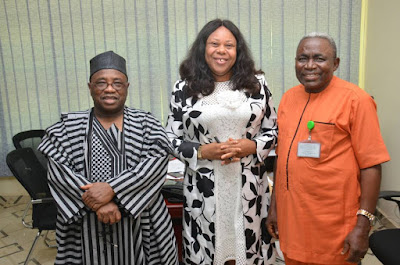 Joy Eyisi, a professor of English Language, on Thursday assumed duty as the new Deputy Vice-Chancellor (Academics) of the National Open University of Nigeria (NOUN).

That followed her victory in an election conducted by the university Senate on Wednesday to fill the slot which became vacant at the expiration of the tenure of Patrick Eya.

A statement signed by the director of Media and Publicity of the institution, Ibrahim Scheme, said Mr. Eya is expected to resume in December as the director of the university’s Regional Training for Open and Distance Learning.

Mrs. Eyisi, the immediate past director of NOUN’s special study centre located at the National Assembly, is the first female DVC in the history of the university.