Photos: Meet The 10-Month-Old Baby Who Weighs As Much As A 9-Year-Old 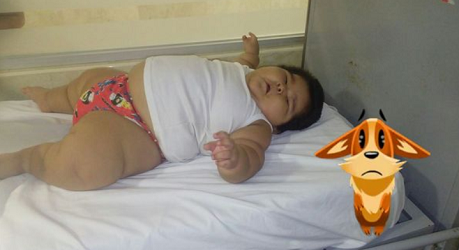 A 10-month-old baby weighs as much as a nine-year-old at a massive four stone and 10 pounds.

Luis Manuel weighed a normal healthy weight when he was born at seven pounds and 11 onces, but since then he has piled on the pounds .

His parents suspect the tot, who has struggled to breathe because of his super rapid weight gain, suffers from Prader-Willi syndrome.

This is the same condition affecting Katie Price's son, Harvey, who weighs 18 stone.

It is a genetic disorder and means those affected are permanently hungry.


His mother Isabel Pantoja said: "After only one month we noticed that clothes did not fit him and we had to dress him in clothes for a one-year-old, and even a two-year-old.

"We saw our baby gain weight so fast. Sometimes, he could not sleep because he felt like he was suffocating due to his weight."

Luis' parents have now launched a fundraising campaign to pay for his treatment if his diagnosis is confirmed by doctors in Tecoman, Mexico.

Treatment would consist of a series of hormone injections, with each one reportedly costing more than £400. 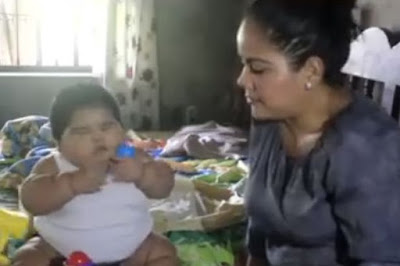 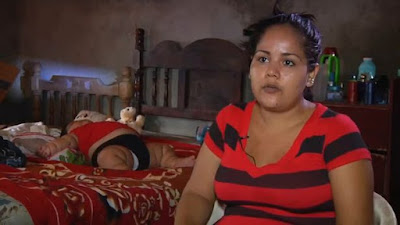 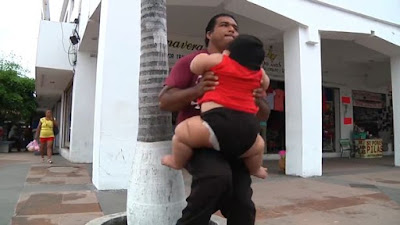 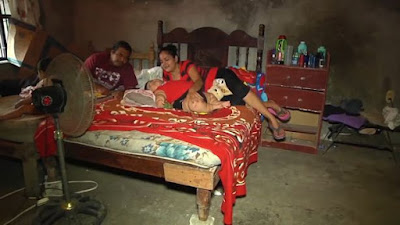