I Go Die Arrested For Robbery Kidnapping In Delta [PHOTO] 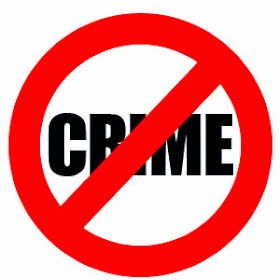 A man nicknamed ‘I Go Die’ (not the
popular comedian, Francis Agoda, ‘I Go
Dye’) has been arrested in Delta State
by the police for an alleged robbery and
kidnapping.
‘I Go Die’, whose real name is
Oghenewerute Efeyeme, was nabbed
alongside his alleged accomplices;
Oghenetaga Onome and Voke
Erhiaware, popularly known as Simple.

They were apprehended on Monday
while trying to collect some amount of
money from the victim, who they allegedly threatened to kidnap if he fails to part with some cash.

The accused also reportedly carried out
a robbery operation along Sanubi/Eku
Highway in Ethiope East Local
Government Area of Delta State, where
they allegedly shot and molested their
victims.

According to reports, police in the state
caught the suspects at St. Bridges’
Secondary School gate, in Asaba, where
they had gone to pick the sum of
N2million from their victim.

They were
said to have threatened the victim via a
text message.

It was also reported that the Delta
State Police Command Public Relations
Officer, Celestina Kalu confirmed the
arrest and disclosed that the suspects
would be charged to court soon.