How 30 Girls Were Raped In Yobe IDP Camp -PCNI 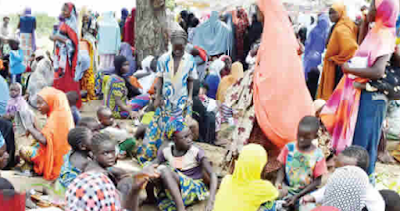 The Presidential Committee on the North-East Initiative has raised the alarm over the increasing cases of rape and attacks on displaced persons in camps across the North-East.

It noted that about 30 girls were raped in the Internally Displaced Persons camps in Yobe State in September 2017, adding that the attacks on women and girls had worsened in this month, thus increasing the spread of the Human Immunodeficiency Virus in the camps.

The PCNI Vice- Chairman, Alhaji Tijani Tumsa, explained during the PCNI Coordinator forum on Thursday in Abuja that the National Assembly had also expressed concern over the reports of sexual violence in the camps.


He stated that NASS had asked the National Agency for the Control of AIDS, Abuja to collaborate with the relevant agencies to combat the HIV prevalence in IDP camps.

Tumsa blamed poor security coordination in the camps for the sexual violence on the female camp members, adding that his committee was working with the security agencies to address the problem.

He said, “The National Assembly has expressed concern just like we have also raised concern with relevant agencies to offer robust security plans for the internally-displaced persons.

“Rape is a very unfortunate incident just like the HIV spread; what we are doing is to create an environment where punishments are very severe and immediate and that is what has been happening since we got involved.”

Asked about the number of suspects in custody over the attacks, Tumsa said he did not have the figure, but “as many suspects as have been caught are in custody.”

He said the PCNI was making efforts to transit the North-East from humanitarian dependence to the phase of economic recovery, noting that when the IDPs returned to their communities, the committee would need to provide assistance for them to re-establish their livelihood.